A new QGIS tool (based on ogr2ogr) to import vectors in PostGIS, the fast way

In QGIS there are many tools that can be used to import vectors inside a PostGIS database, each one has pros and cons:

There are of course also command line alternatives, in particular shp2pgsql (together with psql) and ogr2ogr. Each one is rich of options/switches and it can be scripted to import several vectors at once in a PostGIS database. While shp2pgsql is usually installed only were PostGIS is installed, it is not on desktop machines were only desktop GIS like QGIS is. On the other hand ogr2ogr is installed and available on any machine where QGIS is installed because GDAL/OGR is a dependency for QGIS.

So the idea was to test how importing vectors in PostGIS using ogr2ogr compared to the tools available in QGIS and compared to shp2pgsql:

To compare ogr2ogr and shp2pgsql we used as input dataset a 4 million features (polygons) shapefile (1.3GB of space occupied) and a small subset of it (4000 features, 10MB) using PostGIS installed on the local machine (Ubuntu GNU/Linux 14.04).

Without using any particular switch to make imports faster (“-D” for shp2pgsql or “–config PG_USE_COPY YES” for ogr2ogr) ogr2ogr is much faster than shp2pgsql/psql with the small dataset (2.5 seconds against 35 seconds).

With the large dataset things gets the other way, with shp2pgsql/psql ending the task in 17 minutes against 19.5 minutes with ogr2ogr.

So ogr2ogr seemed really a good choice to add a new tool in QGIS to allow import in a fast way even really big vectors. We implemented such tool as part of the QGIS Processing toolbox and therefore is available for tests in QGIS master (the development version of QGIS) and will be available for everyone in the next stable release of QGIS (2.8). 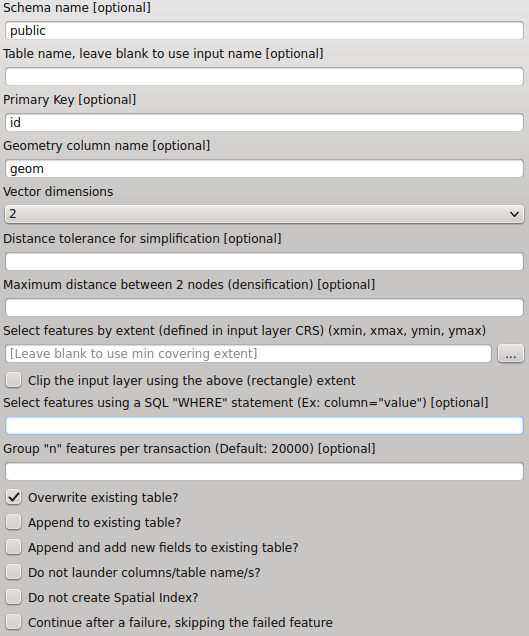 Faunalia and Imagine-Science are pleased to announce a QGIS training (3 days) course during a week that will include 2 days of field activities related to birdwatching and field data collection. 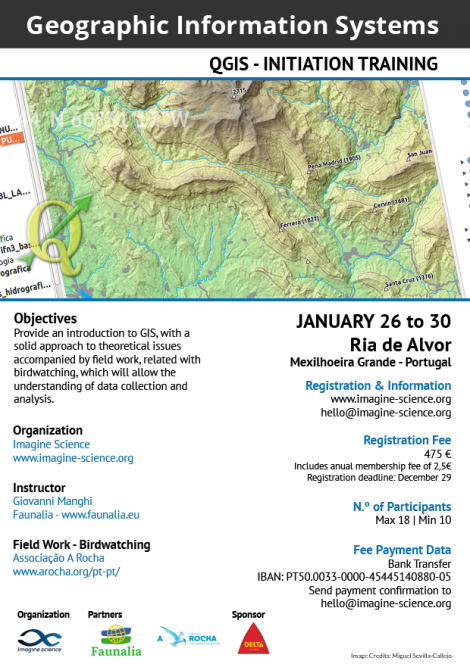